The Book of Mormon is a challenging book. To the faithful it is the word of God. To some it’s a work of deception. For those who have read it as faithful believers but then come to doubt its truth and divinity, how do you go back to the Book of Mormon for a fresh perspective? At the very least the Book of Mormon is a rich source of ideas that can shape one’s identity and thought. Studying it in that way might provide a middle path to a second look. 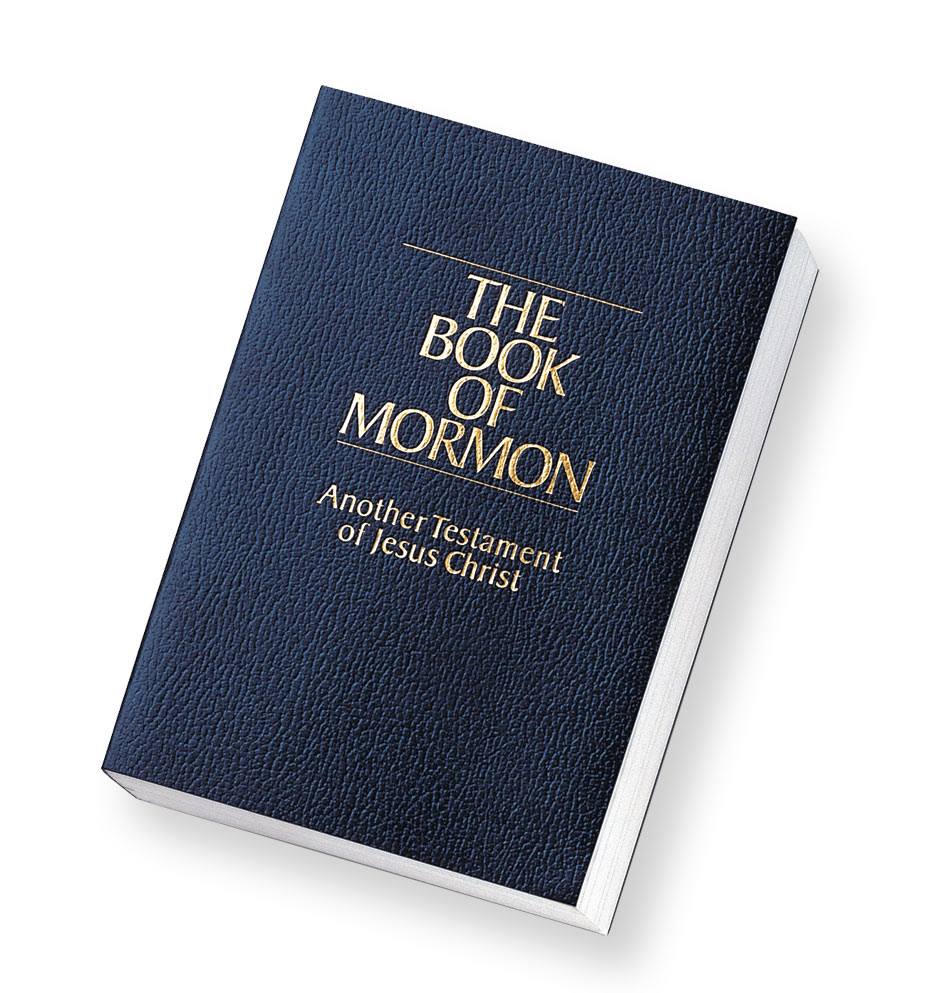 The Book of Mormon is a challenging book. For its contents, yes. It’s certainly a complex and demanding text. But also, and maybe even more so, for everything that surrounds it. Its origin story is one of buried gold plates, angels, and seer stones. Supernatural elements abound. To the faithful it is the word of God, “the most correct of any book on earth” and the keystone of a religion. To others it’s an outrageous fraud perpetrated by a consummate charlatan. That, makes it difficult to approach the text itself. From one camp or another people are watching and evaluating, wondering which side you will join.

In looking at another way to read the Book of Mormon I’m thinking primarily of Latter-day Saints who have already read it as faithful believers but who have come to doubt its truth and divinity. How do you go back to the Book of Mormon now? How can you not have the specter of (possible) fraud hanging over your shoulder the whole time. At the very least it’s a distraction.

Personally I take all three approaches. I’m certainly a religious rationalizer, trying to give rational justification for things that I believe to be true. I’m even an “irreligious” rationalizer at times, in a manner of speaking, in the sense that I criticize what I understand to be heresies and false doctrines. And much of the time I’m just religiously inquisitive, even as a committed believer, because there are still many open questions that, while not decisive to my faith as a whole, are interesting, even consequential, and that I can take up and evaluate in a provisional and experimental way.

I think the inquisitive approach can be useful for the Book of Mormon when you’re just not quite sure what to make of it, not ready or even just not feeling the need to commit to a view of it as venerated scripture or outrageous fraud. Taking up the Book of Mormon apart from those positions one could read it looking for what may be the good of it, just as a book.

One of the reasons I like to read “old books” or works of literature and mythology in general is as a source of ideas. Humans are a sophisticated species and we’ve been thinking about stuff for a long time, thousands of years. Even before we had writing we were passing down stories and concepts orally. I repeatedly feel like I’m just scratching the surface of the insights that my species has accrued over the millennia.

In the Star Trek episode “Darmok”, the crew of the starship Enterprise encounters as species that speaks entirely in terms of ancestral stories. As a comparison I sometimes think I’m halfway there with family and close friends when much of our conversation consists of movie quotes. It’s funny but I think that’s also part of being human. We think in terms of stories because, even more than words, stories convey a lot of meaning, densely packaged in the form of those references.

Philosopher Jacque Derrida, among other post-structuralists, had an interesting idea that words never stand in isolation. They are always connected in long, maybe endless, “chains of signifiers”. So if I use a phrase like “neither sense nor insensibility” (2 Nephi 2:11) that’s connected to other phrases like “compound in one”, “opposition in all things”, “in the wilderness”, “consecrate thine afflictions”, and to the broader story of the “days of my tribulation in the wilderness” in which these are all embedded and interconnected. I suspect that it’s not just that these are useful ways to express ideas, though they are, but that they actually shape the way I think and actually compose the substance, the gears in the mental machinery, of my thought. The Book of Mormon is inextricable from my thought. Trying to expunge it would result in a severe impediment.

I’ve heard of some Latter-day Saints doing readings of the Book of Mormon focusing on particular topics. Going through it and highlighting every reference to Christ is the most common I think. But it can be done with all sorts of topics. The idea being that you might notice things you didn’t notice before or see things in a different way. In a sort of similar way I’d propose that it’s possible to read the Book of Mormon with an eye to what may be the good of it, in a provisional way, neither committing to it as scripture or as fraud, but just looking at it as a text and considering its ideas. And additionally, for people who grew up with the Book of Mormon, investigating how much of yourself you find in it. How has the book shaped you? And what does that mean for you and your identity?

Michael Austin’s book Buried Treasures is a collection of essays he wrote while he was reading the Book of Mormon for the first time in 30 years. Austin is a professor of English and reads and analyzes texts very closely as part of his job. But he said he had been worried that the Book of Mormon would disappoint him, that it wouldn’t be as rich as the great works of literature he usually worked with. And I’ll just quote him here saying what he found instead:

“I discovered in the Book of Mormon a profoundly human record of people struggling with their relationship to God and to each other. It has all the messiness one would expect of a record compiled over a thousand years, with multiple narrative perspectives, biases, agendas, and blind spots—as the authors and narrators groped towards an understanding of the Kingdom of God. It is a book that can bear multiple readings from multiple perspectives without exhausting its treasures. And it is a book that Latter-day Saints should never be ashamed to place alongside the great books of the world’s traditions, both religious and secular.”

And the book has some very interesting essays. Just to give a few examples from their titles: “Lehi’s Vision as a Corrective Typology of Eden”, “Nephi: The Anti-Isaiah”, “Laman’s Curse: Etiology and Race in the Book of Mormon”, “Why the ‘Anti-Nephi-Lehies’ Matters Today”, “Economic Inequality and the Tragedy of Fourth Nephi”.

Grant Hardy is a professor and history and religious studies and I’m actually most acquainted with his work on Eastern culture from his fantastic Great Courses lectures on Great Minds of the Eastern Intellectual Tradition and Sacred Texts of the World. He’s enthusiastic about intensely curious about the great storehouse of human wisdom collected from various cultures over the millennia of human existence. So it’s interesting that he is able to be similarly fascinated and dedicated to the Book of Mormon. His book Understanding the Book of Mormon also takes a literary, narrative approach to the book and elucidates the richness of the text.

Again, I don’t mean to say that you need to look at the Book of Mormon through the eyes academics like Austin and Hardy, though I certainly recommend their work if you find that interesting. But the takeaway I want to give here is that there are different ways to read the Book of Mormon. If you don’t quite know what you think of it, or what you think of Joseph Smith, it’s possible, I think, or I’m at least making the hypothesis that it’s possible to pick up the Book of Mormon to see what kind of resource for ideas and meaning it contains. And if you find something there then it’s another project to determine what that means. If the Book of Mormon contains a lot of useful ideas and conveys a lot of meaning, that doesn’t entail or prove that it’s the word of God or a translation of an ancient record. But it’s something and maybe something important. Even if it’s just something of relative, individual and personal significance, like how I find that the Book of Mormon is pretty much indispensable to much of my thought and speech. That’s something of deep subjective, personal significance, whatever it may say about the broader objective implications about its historicity and potentially divine origins.

It may sound like I’m just trying to sneak in pitch to sell it as the word of God. Maybe. But I’ll also say as a comparison that this is possible with many texts. And I hope not to offend faithful Latter-day Saints with this comparison but I think it’s useful. It’s possible to find tremendous insight from clearly fictional works like Tolkien’s The Lord of the Rings or the tragedies of Sophocles, without thinking that they are narrating things that actually happened. If it helps to think of the Book of Mormon in this way, at least for a time, or even if that’s where you ultimately end up, I think there’s value in that too.

Approaching the Book of Mormon as a treasure of insights and resource for ideas is not limited to people who have doubts about its historicity or divinity. I think it also blends well with normal devotional reading, as a testament of Jesus Christ. So really this “other way” is potentially a supplement as well as an alternative. Fortunately, scripture is versatile enough to be accessible in different ways for different people, from wherever they’re coming at it.