It’s undeniable that living in a secular age brings significant challenges to belief in God and to religious practice. And it’s understandable. Still, there are reasons to give it a second look, or maybe a new first look with a fresh perspective. 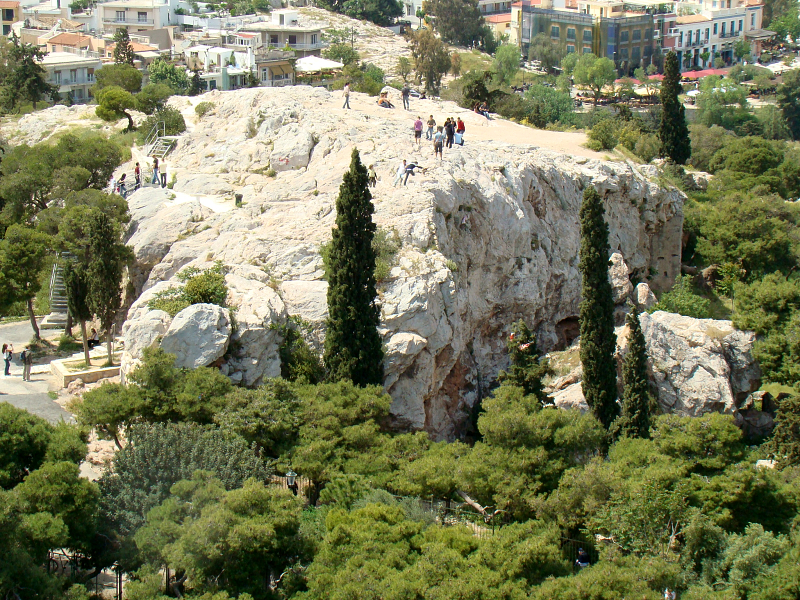 I’ve titled this episode “A Second Look at Religion”, which is a kind of working title I’ve been sitting with to express an idea I’ve had bouncing around in my head for a while. The idea being that religion deserves a second look and to express that to people who might doubt it or think otherwise. And why might people think otherwise? Well, I think it’s hard to deny that we live in a secular age. This isn’t new. We’ve been in a secular age for several centuries, though its reach may be expanding and more people may be aware of it. The philosopher Charles Taylor talked about this in his book A Secular Age and referred to this kind of secularism as a condition where religious belief is no longer axiomatic, or just a given. It’s possible to imagine not believing in God. And that’s certainly the world we live in. Even for religious people believing in God is not just a given. We’re at least aware that there are other options. And we know many people who take up the other options. And we can’t realistically just ignore that. Or at least it wouldn’t be very healthy, certainly not healthy for our relationships. We have to find ways of talking to each other even with differing world views.

I think it’s best for people to work to reach each other from both sides. But since I’m a religious person I take up the burden to try and relate to secular people and to translate ideas into terms that make more sense in a secular framework. In a previous episode with Mike on object-oriented theology we talked about this idea of “porting” concepts into different frameworks. I think that’s a fascinating process. And I’m far from knowing how to do that really. I’m in the middle of this, what I expect to be a lifelong process. And I get a lot of inspiration from Paul. Paul was a fascinating cosmopolitan figure, living in a cosmopolitan world. A diaspora Jew from Tarsus, not Judea, well-spoken in Greek and well-versed in Greek thought, rhetoric, and ideas. And focused primarily on a Greek audience. He was able, quite self-consciously, to be different things to different people. He told the Corinthians that to the Jews he became as a Jew, to those under the law as one under the law, to those outside the law as one outside the law (1 Corinthians 9:20-21).

One of my favorite examples of Paul’s Hellenic porting of the God of Israel was on Mars Hill in Athens, where he referenced and appropriated a number of ideas from Greek thinkers and Greek thought (Acts 17:28). For example, he said:

“In him, therefore, we live and move and have our being.” This line is probably associated with Posidonius (135 BC – 51 BC). Also sometimes attributed to Epimenides (7th or 6th century BC).

I just think this is a fascinating method from Paul. He certainly knew the Hebrew scriptures. And he knew them in the Greek of the Septuagint translation. And he certainly quoted them and interpreted them frequently. But here he went even farther and expressed his ideas in terms that he translated not only linguistically but culturally. I find that wonderfully inspiring.

So anyway, I think the corollary today, to what the Greeks were to Paul, is the secular age. That is the wider world that religion in general and Christianity in particular comes into contact with. And maybe these are incommensurable but I don’t think so.

One of the first things I think I should say as a Christian is, “I get it.” I get the reasons why religion and Christianity can be hard pills to swallow in the modern world. Part of that is because of the supernatural stuff which seems out place in the modern, scientific and technological world. And part of it is a matter of values. The world of the Bible, well really there are several different worlds since it was written over several centuries, but let’s go ahead and generalize to say that many of the values of the Bible are different from the ones we have today. In recent times differences in values regarding LGBT sexual identities are some of the most obvious. So there are many reasons people turn away from God and religion.

But, I think a second look is warranted, maybe after some time away to clear the head and clear the palate. I’m calling it a second look. The Biblical scholar and Christian author Marcus Borg often called it “seeing again for the first time”. I think that’s kind of cool. He had books with titles like Meeting Jesus Again for the First Time and Reading the Bible Again for the First Time. The God We Never Knew follows a similar track. From that last book, The God We Never Knew, he has an idea that’s stuck with me for a long time and that I keep coming back to about something more. This is an idea that there is more to things than is apparent on the surface. And looking closer and deeper is a consummate religious act. Borg says:

“The sacred is ‘right here’ as well as ‘the beyond’ that encompasses everything. This way of thinking about God, I claim, is not only faithful to the biblical and Christian tradition but also makes the most sense of our experience. For there is much in our experience–of nature, human love, mystery, wonder, amazement–that conveys the reality of the sacred, a surpassingly great ‘more’ that we know in exceptional moments. Many of us experience life as permeated and surrounded by a gracious mystery, a surplus of being that transcends understanding, and when we come to know that mystery as God, our faith becomes full of meaning and vitality.”

And let me step back here a second to bring this home to our daily life. I don’t know about you but going about my daily life in the world of work, commuting, paying bills, paying taxes, worrying about the economy, and politics, etc. I sometimes feel a lack and dissatisfaction from all that and wonder, “Is this all there is?” I think one of the first acts of faith is to consider the possibility that it is not. That there is more there. And I like how Borg mentions that this can be both right here and beyond. I personally believe in a more-ness in both, but the right here is probably the more accessible of the two for present purposes, especially from the secular viewpoint.

I was talking with a friend of mine the other day about the importance of having a sense of awe in things. And he’s not a church-goer or religious in the traditional sense but I would say there’s a recovery or reconstitution there of religious activity from a secular direction. When you think about things deeply enough and long enough they can start to seem remarkable.

Borg mentioned a “surplus of being” and I like that too. David Bentley Hart, a Christian scholar of the early church fathers, has this great line that “everything is out of place”. Why is that? There’s this thought experiment from the philosopher Richard Taylor that if you were just wandering in the woods and suddenly came upon a large translucent sphere you’d naturally wonder about that, how it should happen to be there. You wouldn’t just think, well, it’s just one of those things. But in a sense this is true of everything. Life, matter, the universe – it’s a remarkable that any of it is here really. It’s all “out of place”. We just get used to it so we forget to be struck by how remarkable the mere fact of existence, much less our own existence, really is. Recovering that sense of awe at the world around us is a very religious act I think.

In our episode on object-oriented theology we quoted a line from Adam Miller in his book Speculative Grace that, “religion is what breaks our will to go away.” I think that’s great. To go away from what? What’s right here in front of us. To really attend to it. Another quote from that same book: “Religion corrects for our farsightedness. It addresses the invisibility of objects that are commonly too familiar, too available, too immanent to be seen.” An important moment in my religious from a number of years ago, one of these lines that sticks with you, I was attending an event with Marcus Borg – I actually met him and talked with him a little before hand, very nice guy – anyway, someone asked a question to the effect of how to become closer to God or see the hand of God more in the world. And Borg’s answer was to “pay attention”. Just in general, “pay attention”. I think that’s pretty great. Another line I tried to quote in the conversation with Mike but kind of butchered was a line from Hugh B. Brown, a Latter-day Saint leader: “First then we say be aware, for the degree of your awareness will determine the measure of your aliveness.”

This may seem kind of removed from what we think of as religious but I actually think it’s quite relevant and on target to it. But it does seem different certainly. And that’s part of the second look, seeing again for the first time thing. I understand that there are reasons people get disturbed with religion. I know many people who have gone through the New Atheist heyday of the early 2000s with Richard Dawkins, Sam Harris, and company. Or in my own backyard, Latter-day Saints who’ve read the CES Letter, which catalogues a bunch of issues in church history and doctrine. That’s all there. It causes concerns and that’s not insignificant. And this perspective of religion as awe, awareness, more-ness, looking deeper into things doesn’t address those concerns directly. But I think it’s possible and worth considering those aspects separately. Those things that are concerning don’t have to disappear or be resolved. Even if all those things are true I think it doesn’t undermine the core religious truth and religious practice.

And this is something I think I’ll be talking a lot about in the future because it’s both a personal interest and a topic of interest/concern in my social circles. And in the secular world as a whole.